A project by: Rob Adlard

Hello, it's a long time since you heard from us, but I wanted to get in touch again on behalf of the team to continue asking you to be involved in our journey.

So, were we left off last time was that we build a rover, and we cam close to becoming the first UK team to be accepted into the University Rover Challenge - in fact we were 3 points off the threshold for succeeding, with a score of 67.

We're trying again this year, and with a larger team hope to succeed. In addition to that, we re-branded our group, and you can see our website here www.ou-planetaryrobotics.com to reflect the fact that we've also been involved in rocket projects, and as a result have won acceptance to attend the Spaceport America Cup, where we will fly an experiment we hope will give real data to research students in the OU.

We are Crowdfunding for both these projects, and hope that you may consider helping us again, or even just sharing our link with friends and well-wishers for the Open University who would like to support these projects and see us fly the flag for the OU and the UK at these big events in 2019. We have some great rewards this time, so please do take a look!

Well I can't believe how long it's been since I posted an update here, it feels like a week ago but I now it's been months! It's been a whirlwind, always feeling like we were having to chase our schedule. We've had online meetings, frantic Whatsapp group messaging, and I and others have been to the OU campus regularly, an average of at least one day a week.

I just returned from Milton Keynes after completing our key submission to the University Rover Challenge, an epic 24 hour journey including spending a night beside the motorway in the terrible snow! But, we have achieved something significant; we have built our rover, addressed the tasks in the competition, and completed our final piece of evidence to the URC.

A key part of that is our 5 minute film, which we just published and you can see here https://youtu.be/VkWez-4MyJU

People at the Open University have helped make this possible, our team has expanded and people have worked incredibly hard, but of course we couldn't have even begun this task without your help, and we're so grateful for the opportunity that you gave to us, and the experience which we now have from the process so far.

The selection now for the URC is brutal, they cut 70% of the entries, and we have no idea how close we may be yet. We know that they rarely accept a team in their first year of applying, but we have further options now that we have got this far. Obviously we'd plan to continue, make improvements and apply again, but regardless we will also apply to a European Rover Challenge which did not take place last year, but is also a significant competition. This take places in Poland in September, and again, no UK university has ever been there to compete either.

If we are successful with URC it will be incredibly exciting and have to swing into action again in a big way, but just for now, we're going to take a breather and try to catch up with our studies and reflect.

Thank you again, and I promise the next update won't be as long in coming, we expect to hear back from URC within 2 weeks I believe.

Now that the dust has settled a little on our Mars rover crowdfunding, we just wanted to thank you all for helping us sail past our £3000 target, and reach an epic final amount of £5000!

In all honesty, it surpassed what we could have hoped for, but is a much more realistic amount to be able to create a world-class project and show the UK and the world (and Mars ;-) what the Open University can offer.

Not having raised funds in that way before it's actually very humbling to have so many people support you in this way, we all feel excited and extremely grateful. We also wanted to say how grateful we are to everyone at the OU who made this possible, this was a new way of raising funds for us and them too, and they couldn't have been more supportive.

Another great aspect of the campaign was to find new people for the team. We've been having video conference meetings with new team members, a mix of engineering and science undergraduates, and after planning during these intervening weeks, we're now starting to spend some of the budget on our initial priorities.

We'll keep you updated with our progress, and will now be starting regular blog and social media updates again to show what we're doing.

P.S. If you selected to receive a reward we will be in touch again in the near future. Also, please excuse the miss-fired previous update!

I just wanted to do a final update for now to say thank you to you all for donating to this campaign. We really didn't know what to expect when we began this Crowdfunding attempt, and it's been exciting and humbling to have so much help for our project, both from people from within the OU itself, and also from complete strangers without connection to us.

Below: The OU stand at the UK Space Conference 2017 in Manchester 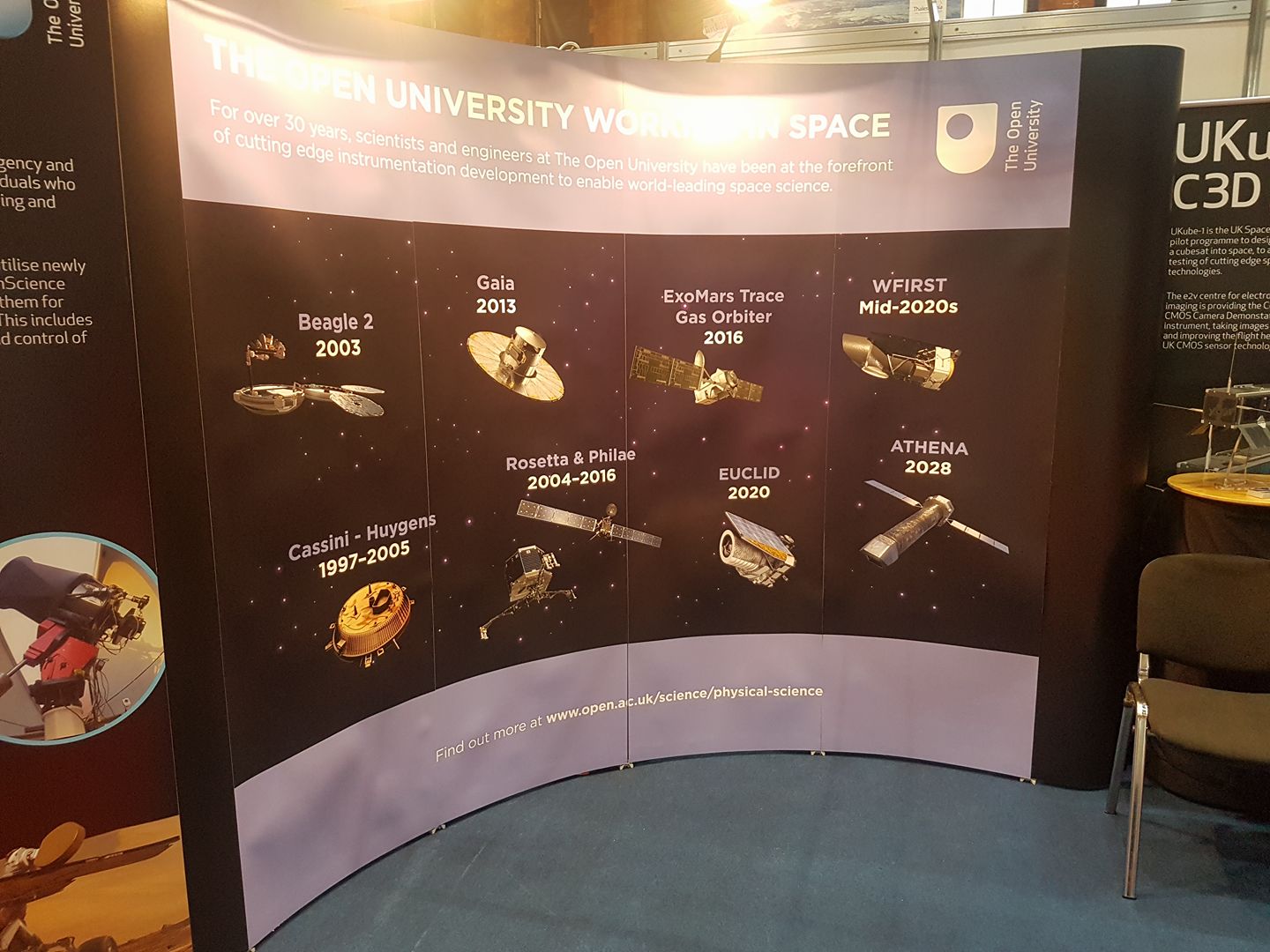 We're so excited to get started now, especially after attending the UK space conference and getting to meet some of you in person to say thank you. Please feel free to keep in touch with us, follow our progress and find out how we out these funds to good use.

Rob Adlard, on behalf of everyone connected to the OU Rover Team

A huge thank you to everyone who has pledged so far - we're now at 60% of the way towards our target!

Here is a clip of a team member expressing gratitude for your donations, and a little about how he came to be interested in Mars rovers

Take a look at what we're up against - this is a video from one of the most successful universities who took part in the University Rover Challenge recently - this would be tough for any UK university to beat, but with your help we could at least be the first UK team to make it to the competition.

Rob met this team at the Mars Society Convention in the USA and got to see their rover first hand - it was inspiring! 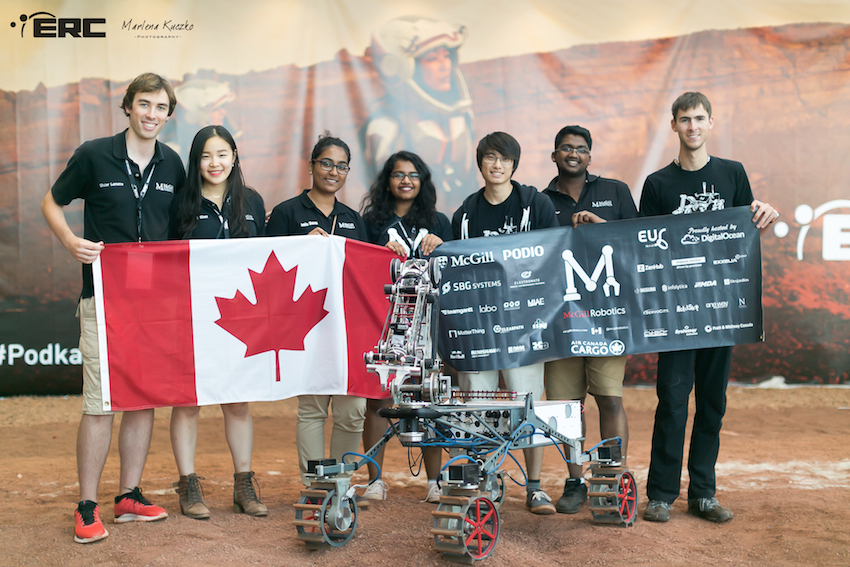 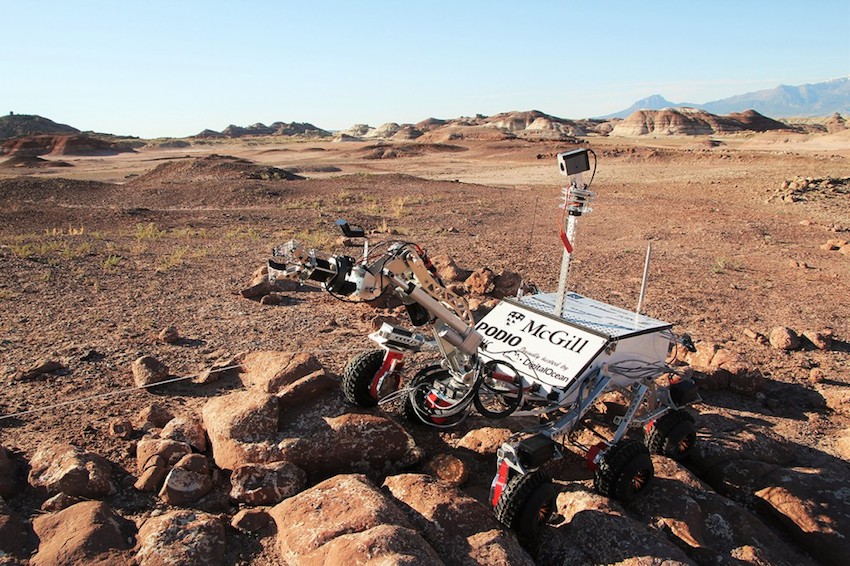 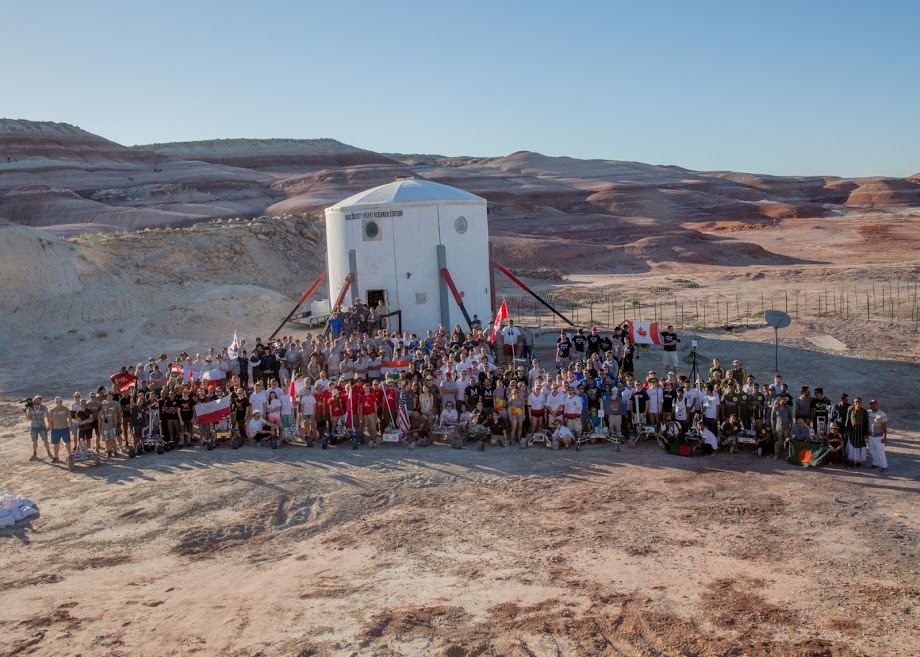 This is an image from the University Rover Challenge in the Utah desert where the team hope, with your help, to be able to compete. Teams from all over the world come to take part, from universities which excel in engineering, however so far never a university from the UK - please spread the word and help us be the first!

Thanks for your support,

Rob, James, Jen, Joe and Jack (and our other new team members we're gaining during this campaign!)

Build a Mars Rover
Your message has been sent.

Thank you, your report has been sent.

Tell us why you are reporting this project: